Distinguished Professor of Chemistry Douglas Keszler is an American Chemical Society (ACS) 2017 national award winner in the Chemistry of Materials.

The ACS national awards program encourages the advancement of chemistry in all its branches, supports research in chemical science and industry and promotes the careers of chemists. The ACS Award in the Chemistry of Materials is sponsored by DuPont, one of the world’s leading chemical companies.

Keszler and other winners of the 2017 National Awards will be honored at the ACS awards ceremony in conjunction with the 253rd ACS national meeting in San Francisco in April 2017.

A highly accomplished scientist and a dedicated scientific adviser, mentor and teacher, Keszler has made monumental contributions to the field of materials chemistry and has helped seal OSU’s reputation as a high-impact center of research in materials science. 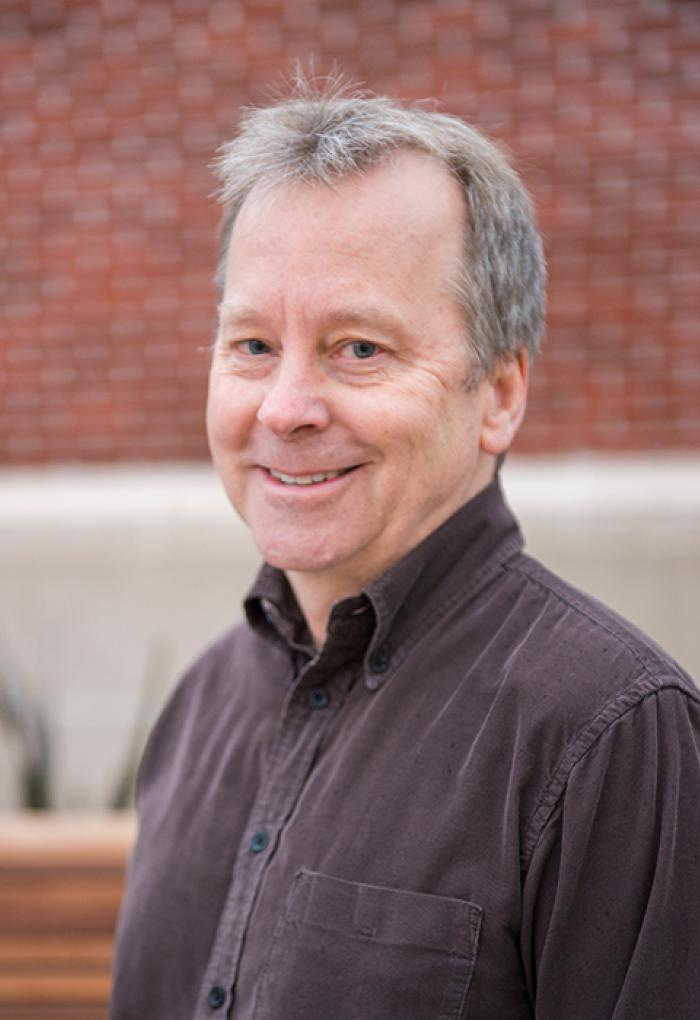 Doug Keszler, Professor of Chemistry and Associate Dean for Research and Graduate Studies

The internationally renowned chemist has a multi-faceted career at OSU. In addition to being a professor, Keszler serves as the Associate Dean for Research and Graduate Studies in the College of Science and director of the National Science Foundation supported Center for Sustainable Materials Chemistry (CSMC) at OSU. Owing to Keszler’s scientific leadership, the CSMC has emerged as one of the foremost research and educational institutes for chemical innovation in the nation. At the Center, collaborative research is carried out across eight academic institutions throughout the country to develop materials and methods for sustainable green chemistry.

The prestigious ACS award is a fitting acknowledgment of Keszler’s work in significantly advancing environmentally friendly building materials for new generations of semiconductor and solar-energy devices. Keszler and his colleagues have made significant contributions to the liquid crystal display (LCD) industry through their seminal research on transparent electronics and thin-film oxide semiconductors.

At CSMC, Keszler has developed new aqueous-based, green-chemistry platforms for the generation of inorganic electronic materials. These unique-water based chemistries hold promise for enabling zero-waste processing of thin films for high-performance electronic and energy devices and coating.

“I am extremely proud of Doug’s achievements. He is a brilliant scientist, educator and administrator, whose research exemplifies the best of 21st century science—a convergence of OneScience,” said Sastry G. Pantula, Dean of the College of Science.

“His leadership and guidance continue to produce the next generation of scientific innovators.”

The hallmark of Keszler’s scientific discovery and innovation is its translatability into commercial production and societal use. He has invented new chemical methods for the production of very high-quality electronic thin films with ultra small-scale dense nanopatterning.

Nanopatterning is a field of study in which new technology is developed for creating patterns or “writing the wiring patterns of integrated circuits” to enable the production of ultra small nanostructures for electronic circuits. The smaller the nanostructure the longer the life of the integrated circuit technology, thus reducing costs and enabling manufacturing of the next generation of semiconductors and energy storage devices.

With growing demand for networked devices, CSMC offers a sustainable path to meet global needs. Keszler and his team of scientists at the Center are reinventing the basic chemistry upon which these manufacturing approaches are based, focusing on earth-abundant elements and atom-efficient synthetic and fabrication methods.

With Keszler at the helm, CSMC received $8 million in 2014-2015 from NSF to focus research on developing environmentally friendly materials to advance electronics and solar energy.

His pioneering contributions have been commercialized by three start-up companies— Inpria, Amorphyx, and Beet—all founded and led by Keszler to commercialize path breaking research done at the intersection of chemistry and engineering sciences and in CSMC.

Keszler’s highly impressive scientific entrepreneurial drive, energy and vision are also transforming Corvallis into an industrial hub of cutting edge materials science and chemistry innovation. All three companies are spinouts from Oregon State University and CSMC and are dedicated to supporting the research expertise of OSU scientists in amorphous metals and high-quality thin films to develop power efficient and low cost electronic devices.

Keszler is also part of the leadership team at Oregon Nanoscience and Microtechnologies Institute (ONAMI), which brings academia, business and government together to bring breakthrough research to the market place. He has received many honors and awards both nationally and within OSU. He was the Alfred P. Sloan Research Fellow and received the Exxon Solid-State Chemistry Award. At OSU, he has received the F.A. Gilfillan Award and the OSU Researcher of the Year Award (2003) among other honors.

As associate dean, Keszler supports and cultivates collaborative research and large-scale interdisciplinary projects as well as identifies potential industry partners and start-up opportunities for the College of Science.