Half a world away in Australia, where she’s studying abroad with world-renowned marine scientists at James Cook University, Milan Sengthep, a Wei Family Foundation Scholar, is so enthusiastic about integrative biology at Oregon State that she might as well be holding forth at the Memorial Student Union, watching the leaves turn colors on a beautiful sunny September day here on campus.

“My advisors in the Department of Integrative Biology, and honestly every graduate student/professor/staff in that department, are the coolest, most amazing people I've ever met. My advisors helped me navigate my stress, planned my entire four-year career here, introduced me to new experiences and challenged me to be a better student," said Milan.

"They're always an email away whenever I need advice. From them, I learned that there are so many research volunteer/work experiences in the College of Science!” 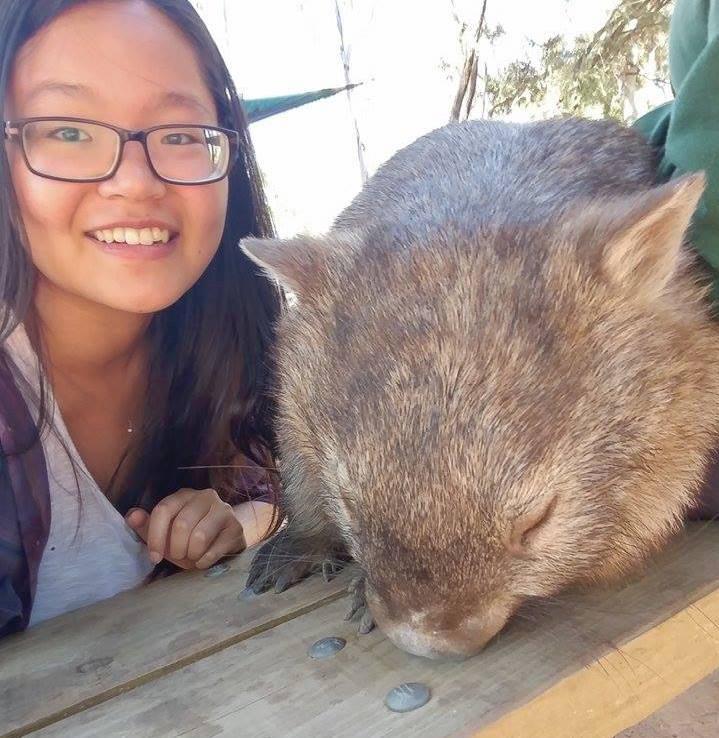 Milan with a wombat at a sanctuary she visited while studying abroad at James Cook University in Australia.

A junior majoring in biology with a minor in chemistry, Milan was born and raised in Boise, Idaho, where her parents immigrated from Thailand. Throughout her childhood they worked extremely hard to establish a new life, always encouraging Milan and her brother to pursue education, especially as it “did not really come easy for them.” Her mother completed her bachelor's degree in Thailand before emigrating but her father left before he finished high school. Despite diligent efforts, due to the pressing need to provide for his family and to language difficulties, he was unable to complete his diploma here.

Milan’s Wei Family Foundation Scholarship has filled her with “ecstatic emotions” and enduring “financial stress relief.” Supporting undergraduate and graduate science students with a 3.5 GPA or higher, especially those of Chinese ancestry and/or who have lived in China, the Wei Family Foundation Scholarships total about $100,000 per year with awards ranging from $6-8,000 per student. The scholarship honors the legacy of pioneering OSU alumna Chung Kwai Lui, who was not only one of the first two students to enroll in the newly formed physics graduate program in 1936, but was also OSU’s first female Ph.D. student in physics in 1941.

Milan, whose maternal great-grandmother’s family and grandfather both emigrated to Thailand from China, is half-Chinese and half-Thai. Her spirit of adventure and love of travel and new cultures echo that of Wei Scholarship founder Chung Kwai Lui, who emigrated to OSU directly from China.

Touring Oregon State when she was in high school, Milan and her family had no doubt that this was the place.

“We all fell in love. I adored how the campus looked with all the bricks and trees, a cozy, college town so totally different from back home. But what hooked me the most was the opportunities in research, especially in the marine science field. Hatfield Marine Science Center definitely hooked me too, and being only an hour or two away from the coast is a huge plus!”

Marine science has been Milan’s desired career ever since a middle-school field trip to the Oregon Coast Aquarium, highlighting once again the powerful impact of early exposure to science in elementary and middle-school. Passionate about her studies, Milan also makes time to volunteer, taking on a leadership role as co-secretary of the Integrative Biology student club.

“We do super fun things, from volunteering for surrounding environmental groups to taking road trips and camping in the majestic Red Woods to sleeping with the sharks at the Oregon Coast Aquarium! We also help students get involved on campus. Check us out on Facebook @OSU Integrative Biology Club!”

As if that weren’t enough, Milan is also a “newbie” photographer who posts her work on Instagram (@msenphotos) and a passionate member of New Shoes, OSU’s ballroom dance troupe, which last year took 2nd and 3rd place at the PDX DanceSport statewide competition. Interestingly, Milan didn’t start dancing until she took a ballroom dancing PAC (Physical Activity Course) as a freshman, acting on a dream she’s had since she was a four-year-old fan of TV dancing shows and demonstrating, in her own words, that “It’s never too late to start!”

After graduation, Milan intends to combine a master’s degree with her love of travel, applying to programs on the East Coast, Hawaii or even Australia. She hopes to carry on the spirit of generosity behind the Wei Family Foundation Scholarship, and, someday in the future, fund a student who like her might feel “ecstatic emotions” and welcome financial relief upon learning that they were the recipient of “this amazing scholarship!” 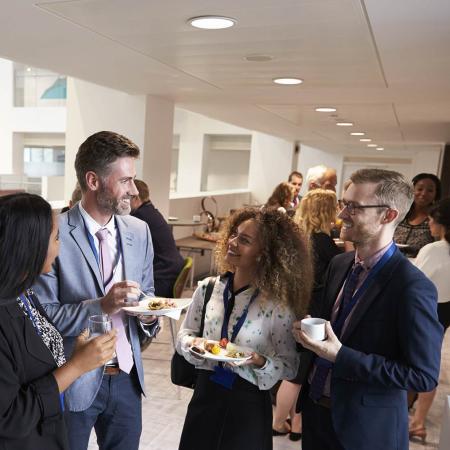